Take Me to the Water: Kelowna Tour-Day 4 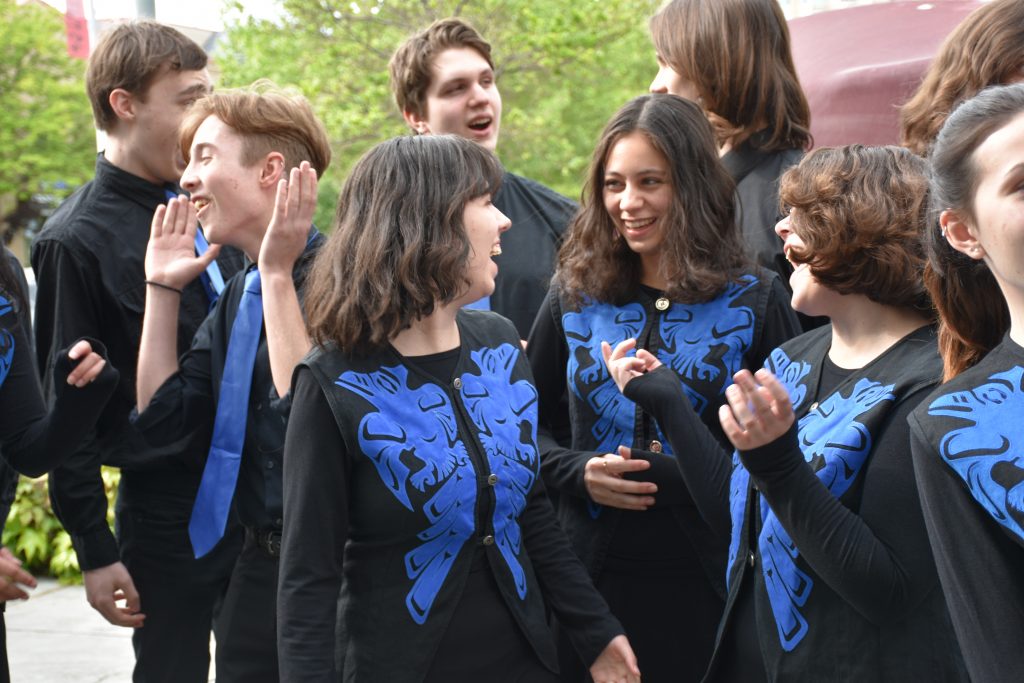 Day 4, Sunday, we had the task of packing up our hotel rooms and checking out. This group of choristers seemed tidier than other tours, so it wasn’t too big an ordeal. After another hearty breakfast, we headed back to the historic First United Church (1928) on Bernard at Richter. We had a few extra […]

Take Me to the Water: Kelowna Tour-Day 3 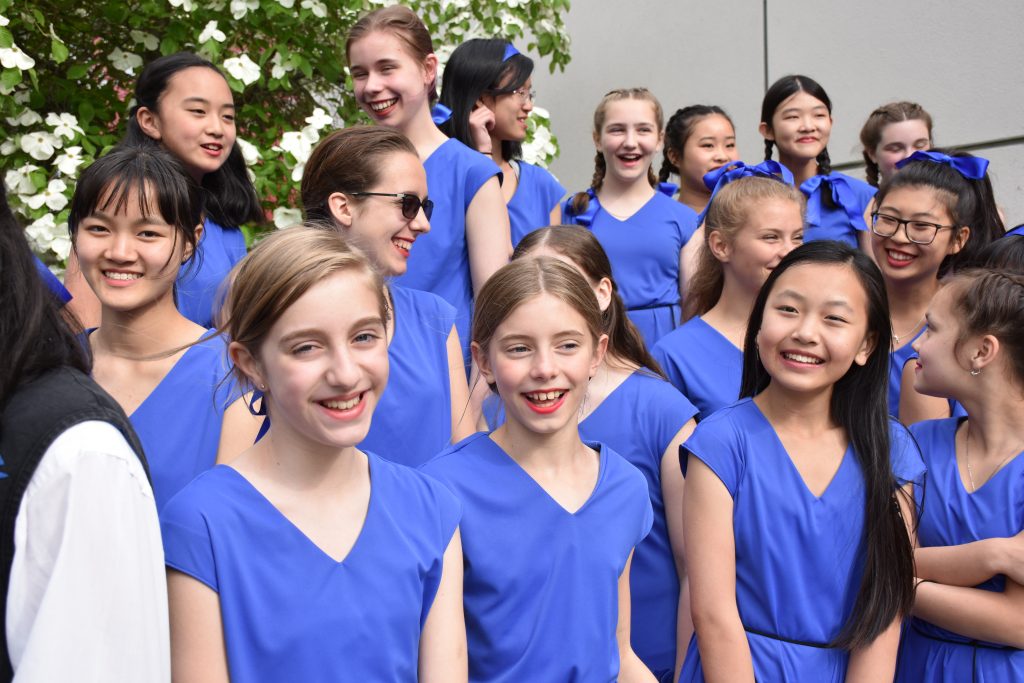 Yesterday, Day 3, was epic. So full of beautiful moments. Words seem inadequate to describe it all. After another big breakfast (we are all mastering the waffle maker), we departed for Kangaroo Creek Farm in Lake Country, 15 minutes north of Kelowna. We were some of the first visitors to arrive, and got to spend […]

Take Me to the Water: Kelowna Tour-Day 2 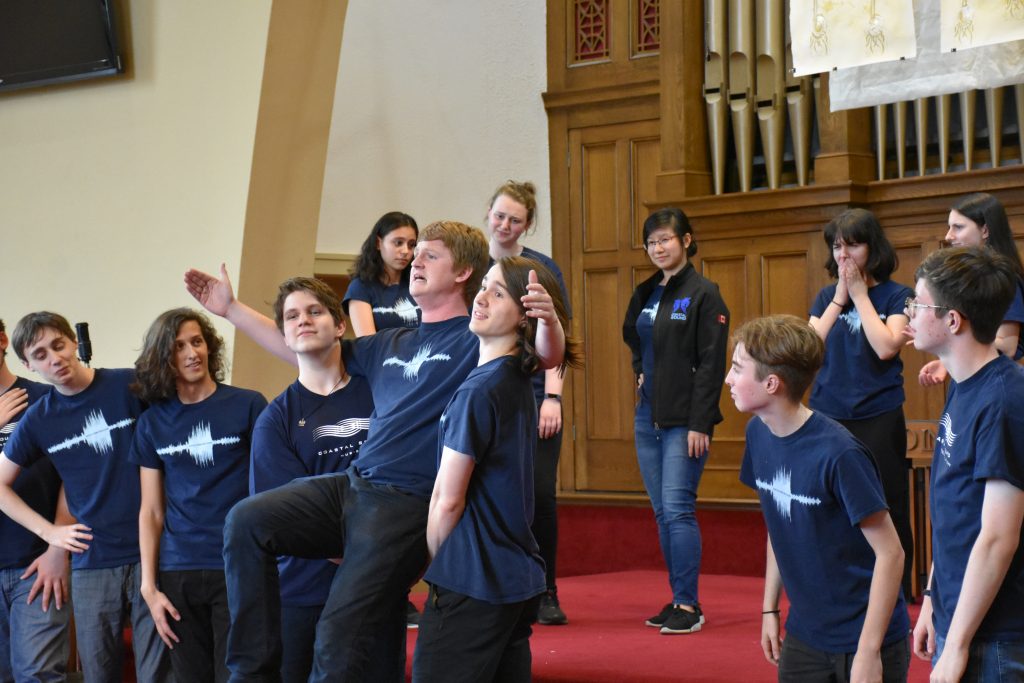 At the moment, singers are in the pool, on the waterslides, in an escape room, in the gym.. lots of fun being had tonight! This morning, we had a huge and varied breakfast buffet at the hotel. Have I already mentioned these swanky digs? It’s the nicest hotel this choir has ever stayed at, and […]

Take Me To the Water: Kelowna Tour– Day 1 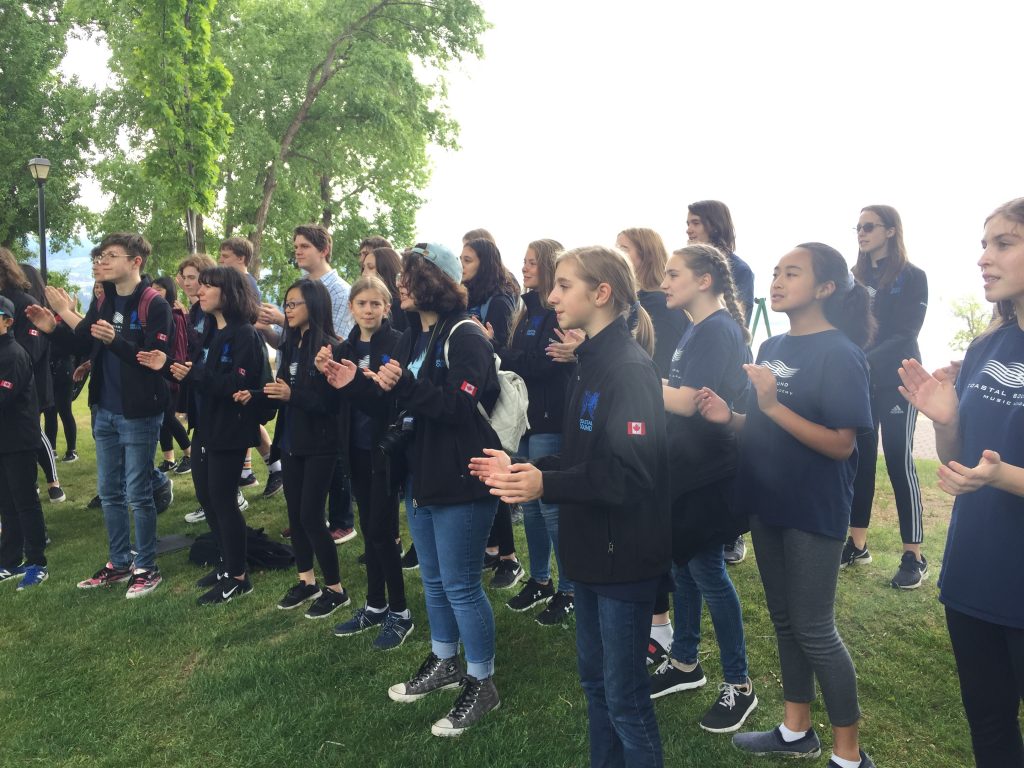 We began our journey at 8am, enjoying a bright drive to Hope, BC. After a quick break, we were back on the road to Kelowna. We arrived to an overcast day, which meant that we had Gyro beach to ourselves for some needed play time and outdoor rehearsal. At 2:30, we arrived at Cottonwoods Care […]

Take Me to the Water: A Cultural Exchange between Youth Choirs, in Kelowna 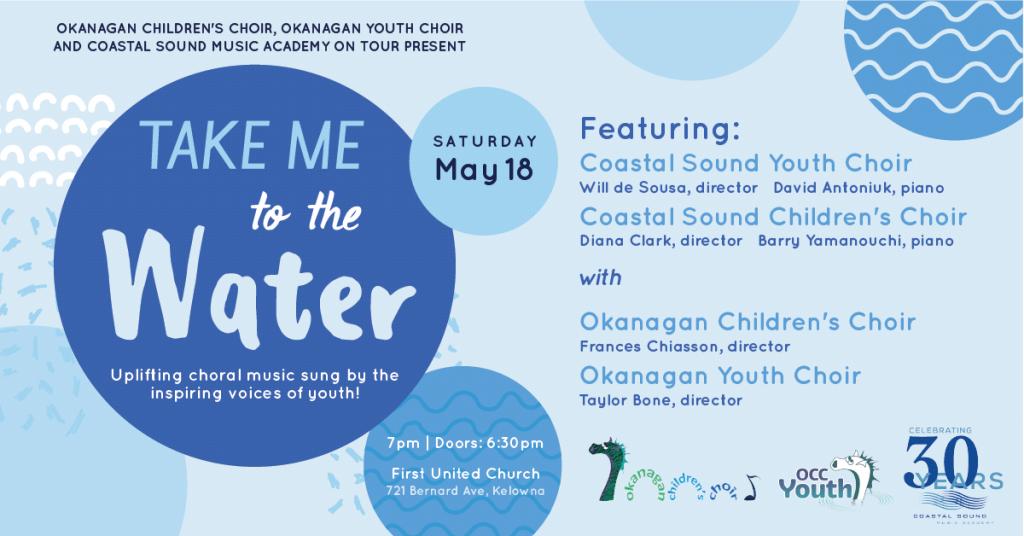 Take Me to the Water: A Cultural Exchange between Youth Choirs, in Kelowna May 16-19, 2019 Coastal Sound Children’s & Youth Choirs from Coquitlam BC, are thrilled to collaborate May 16-19 with Okanagan Children’s Choir and the new Okanagan Youth Choir, based in Kelowna. The choirs will be performing at schools around town while they […] 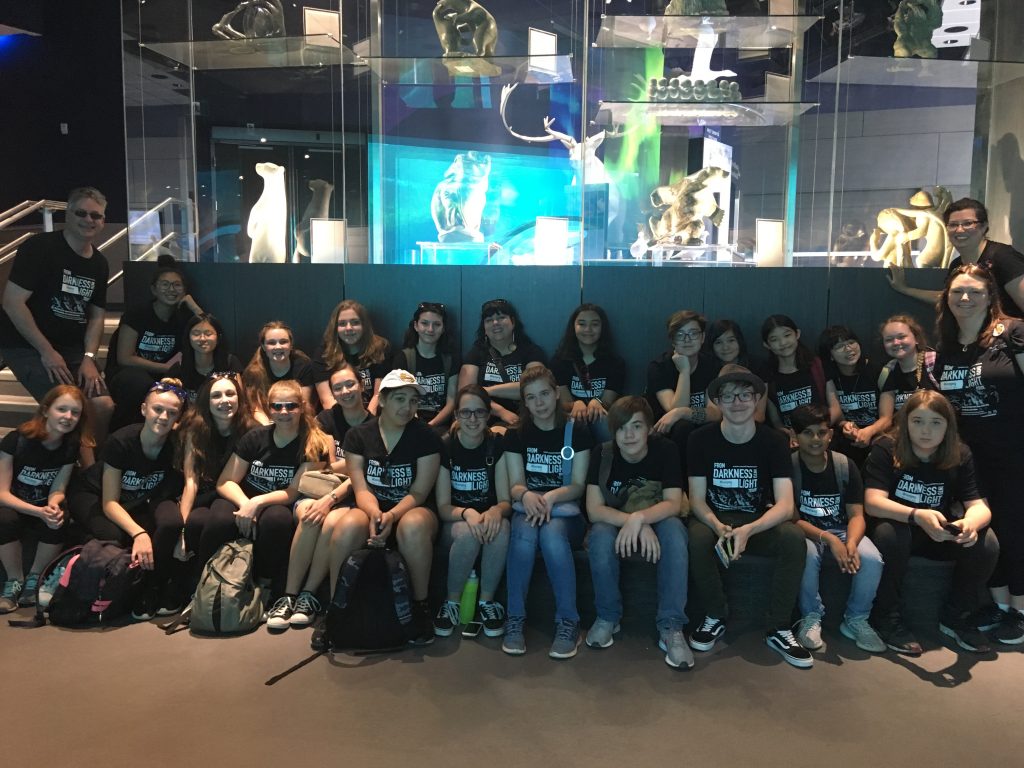 Monday, Victoria Day in Winnipeg! We enjoyed a bit of a sleep in and had a later breakfast so that singers could shower and do their final room clean and check out. We met Ernie on the bus for our last hurrah, and headed off to Assiniboine Park and Zoo. First, we pit-stopped at the […] 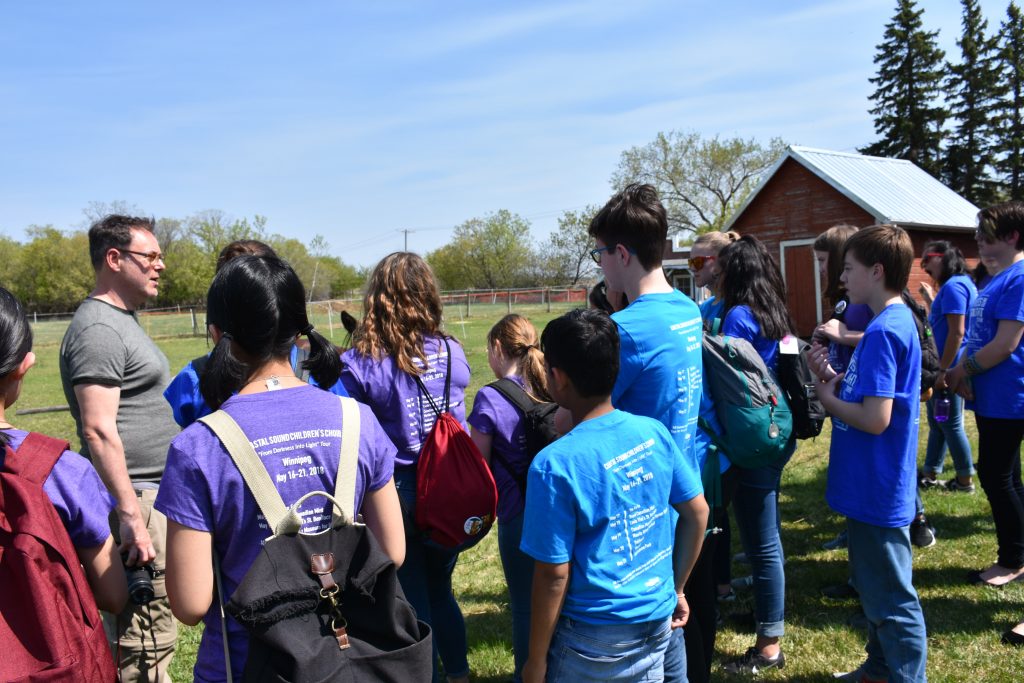 Sunday, Day 4 of our tour, we headed off East on a sunny prairie morn to the town of Oakbank, population about 4600. There, our lives were forever changed for the better as we learned what ‘hospitality’ and ‘welcoming strangers’ is all about. There at Oakbank United Church, Reverend Maureen McCartney, choir director Linda, and […] 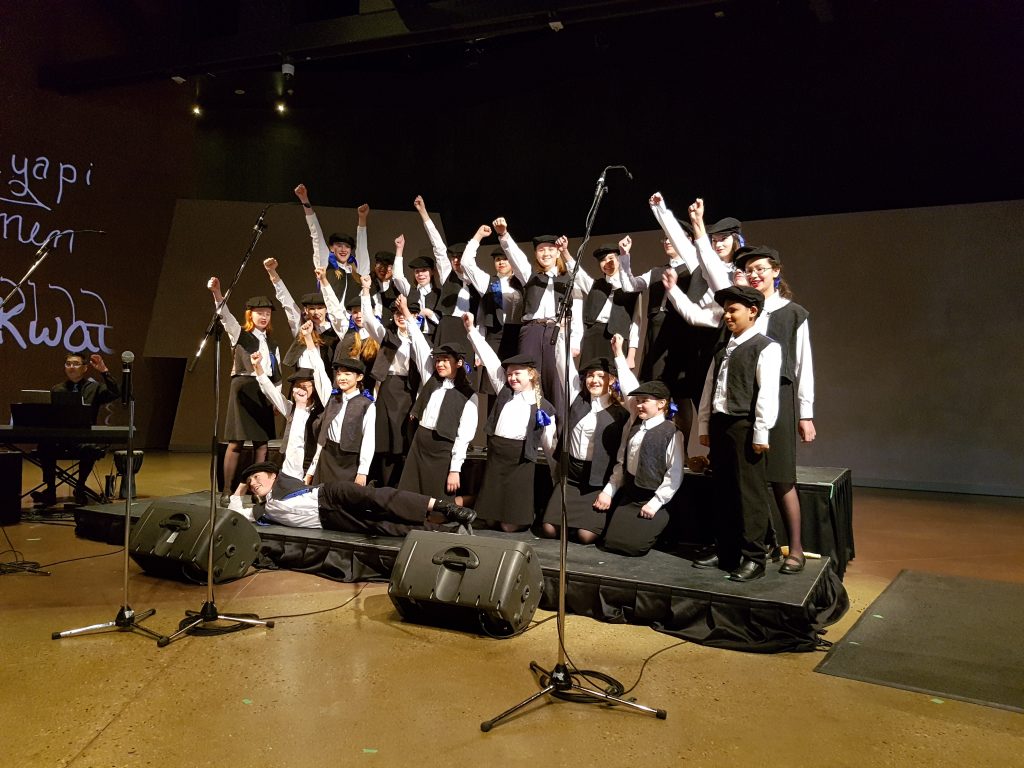 It does not feel at all like it’s only Day 3!!! Our adventure today was pretty epic. After being so cold and wet yesterday, the sun came out for a glorious morning walk under a clear blue prairie sky to the Canadian Museum for Human Rights. We had our sound check at 9:30, and […] 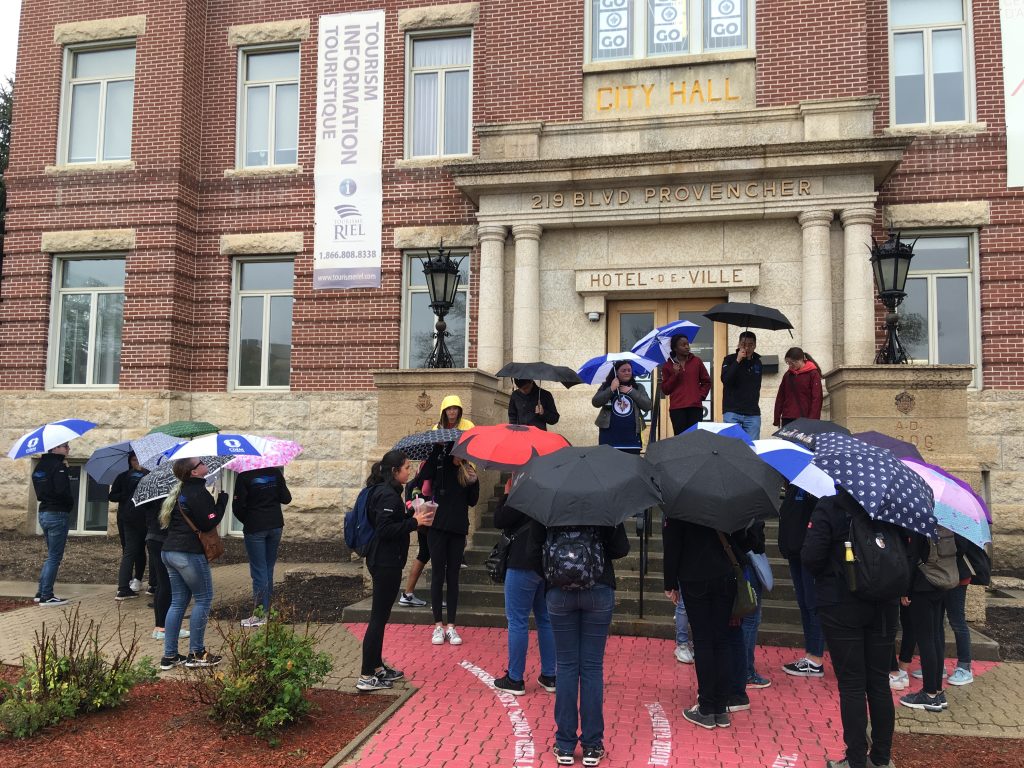 Hi everyone! At the moment, our crew is either in the pool, in their rooms, or watching THE game on TV here in the lobby of our hotel. Today after breakfast we boarded our school bus, driven by our new friend Ernie, and headed to the Royal Canadian Mint in St. Boniface. (If you want […] 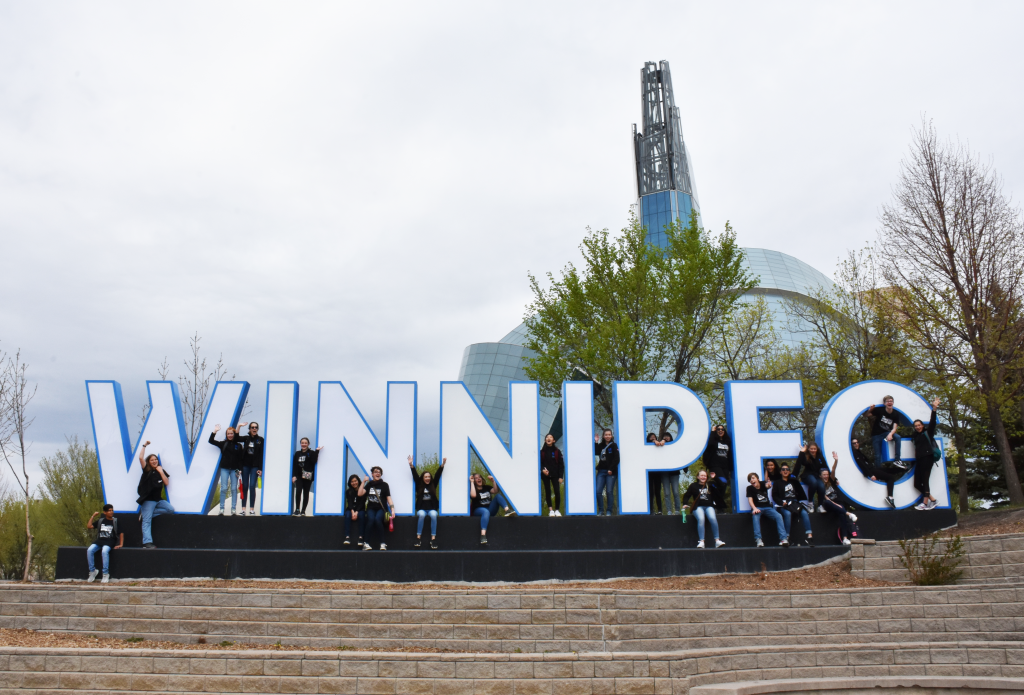 Hi families! We had a wonderful first day today exploring The Forks, where the Assiniboine and Red Rivers converge. We are very much at the centre of North America right here- and the middle of Canada. After breakfast, we had a productive rehearsal at the hotel. We could see the museum from the window in the rehearsal space! I’m […]